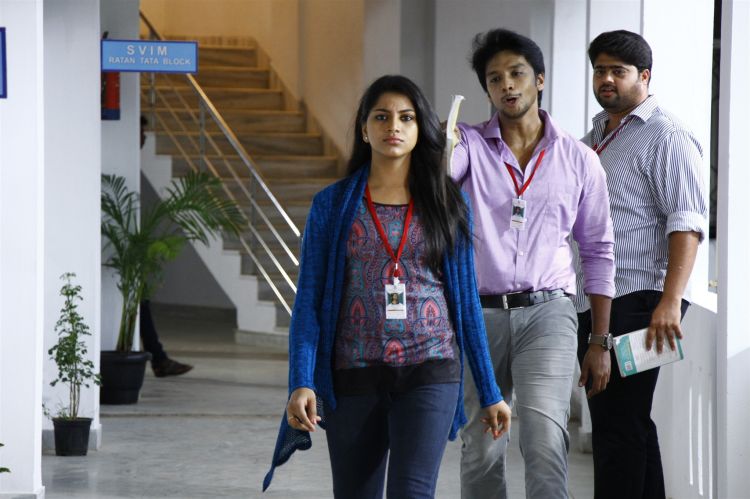 Some films create plenty of noise with the core content of the film. Agam releasing tomorrow has created enough  noise with the topic it is dwelling upon. ‘This film will make people think 100 times before they decide to venture out of their mother land and iam glad my first film has given me a space to discuss a content that is turning out to be an universal worry . Iam hopeful that the public will endorse my views on this issue and make this film a great success. I will have to thank the artistes and technicians involved in this film for their suppot. Media had played a major part in the grand visibility of this film, and i express my gratitude from the bottom of my heart to them. I reserve my best to my producers Koteeswara Raju and Hema raju and of Joystar enterprises in helping me to realise the dream and propagate an issue that is sickening a country’signed off Sriram with confidence.